It is almost certain that we would immediately think about heart attack and stroke when speaking on the topic of heart disease. The reason is clear as two of these conditions accounted for most cardiovascular incidence ever reported. Unintentionally, it misled many people that “heart disease” is solely a disease of the heart, while a more accurate way of describing it should be Cardiovascular disease.So, as the name implies cardiovascular disease is a disease of the heart and the blood vessels. But, how often do you hear a doctor or healthcare practitioner speaks about the health of the arteries? Rarely! In fact, the manifestation of heart attack or stroke are mostly caused by an unhealthy artery that has been dis-eased for many decades. 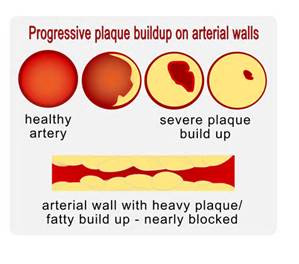 Many health problems arising from cardiovascular events like heart attack, stroke, peripheral artery disease are caused by a process in the blood vessels called atherosclerosis. It is a condition that develops in your blood vessels when a substance called plaque builds up in the walls of the arteries. This builds  up narrows the arteries, making it harder for blood to flow through. If a blood clot forms, it can stop the blood flow and can cause a heart attack or stroke.

As the plaque formation are commonly blamed on the cholesterol level in the body, it inevitably became the “bad guy” causing all cardiovascular-related health problems that we all know about. This led to the conventional treatment method or the “preventative measures” of reducing blood cholesterol level. Interestingly, as much as 50% of heart attack sufferers have their cholesterol level within the normal limit.